After having a week off the bike due to illness after the first two National rounds in Brisbane I was back feeling fit and strong thanks to some solid weeks of hard training. Flying down to Melbourne I knew it was going to be cold but didn’t seem to be as cold as last year. This time I came more prepared with extra warm clothes and many layers of bike kit so I would be just the right temperature come race time. I rode a few practice laps of what I thought could be the course on Friday afternoon but soon found the real course on the Saturday morning when the Team rolled out and around the circuit. It was to my liking. There was lots of tight and twisty sections making it very single file. You have to be paying attention 100 percent of the time or you will come down. Along with this there was a small road climb that I knew would be crucial if it comes down to a sprint finish. 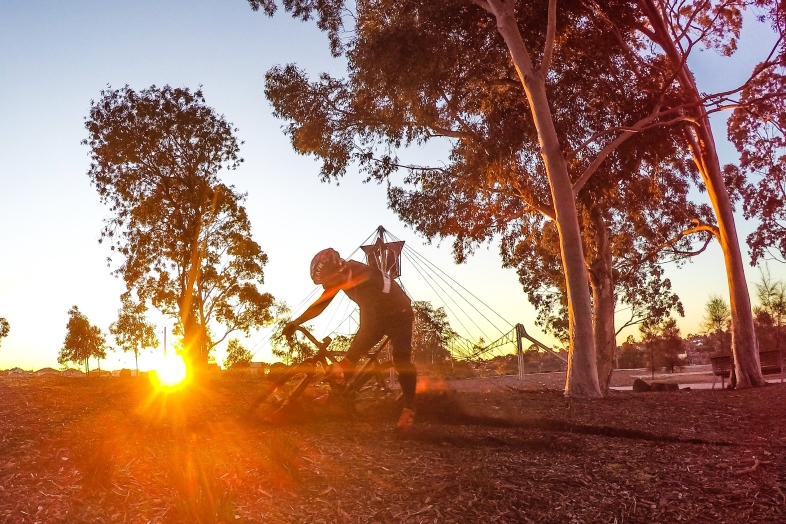 After a good warm up with a few sprints to get the heart pumping I found myself being called up second to the grid behind Garry Millburn. I felt confident that I could get a good result as I had been putting in the hard work but you never know what everyone else has been up to over the past few weeks. The Gun fired and I got a great start slotting into second behind Garry making sure that I didn’t get caught up in the traffic behind. Immediately it was single file and everyone was very close not giving an inch. We approached the barriers that everyone was running and big legged Paul Van Der Plog (PVDP) just casually walked past me as I sprinted at a million miles per hour. I remounted in third and started to try and save energy. Coming up to the climb it was getting strung out so as soon as we hit the tar section I attacked and managed to get a small 10 meter gap with Garry. By the end of the first lap everyone was on their limit. I started to push hard and Garry told me to“take it easy we have an hour” but it felt like the right time to go. We swapped the lead for two more laps trying to ever so slightly inch our lead away. I felt strong and could hold the wheel well so I started to turn my attention to how the other riders were looking and how heavy they were breathing. I could see this in the many switchbacks. 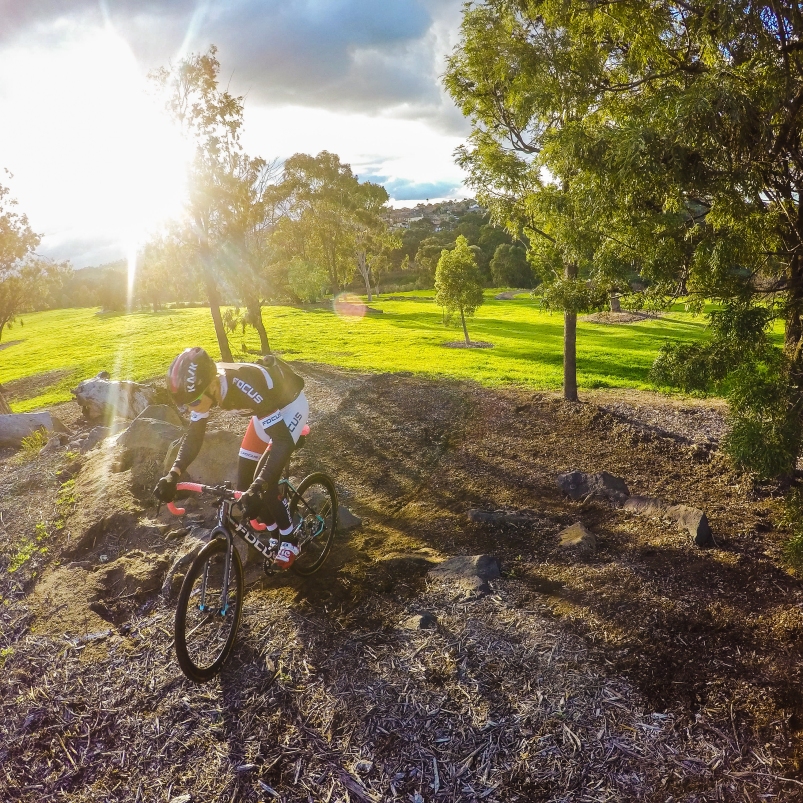 Garry was starting to breath heavy as we were on our limits trying to stay away. I knew that this was a good time to try and see what I could do. Coming up the hill about to start our fourth lap I put in an attack seeing if anyone could follow. Garry sat up and went back to the bunch only meters behind and I started to escape. I think as they caught Garry they may have forgotten about me for a little while and this gave me the chance to build a small lead of 10 seconds. I started my own tempo knowing that I didn’t want to blow up but also wanting to try and stay away solo so the fine art of balancing the gap and making sure I didn’t dig myself into a deep hole that I couldn’t get out of. A few laps passed and I managed to get out to 20 seconds. With less than half the race remaining I started to back it off just a little in case someone tried to bridge the gap. This meant I could speed up a little bad try to make it harder for them to reach me. The gap kept changing in time for different parts of the course as I would be faster in one section and them faster in another. Every lap up the tared climb I would try and sprint as quickly as possible and get to the flat section so that I could extend my lead further. Coming into the final lap I had a 29 second lead and all I could think about was ‘’not to crash on my right side and break or bend my derailleur’’. With a very tentative technique for the final lap I managed to cross the line solo with no other riders in the finishing straight taking my first ever Elite National CX RD win. 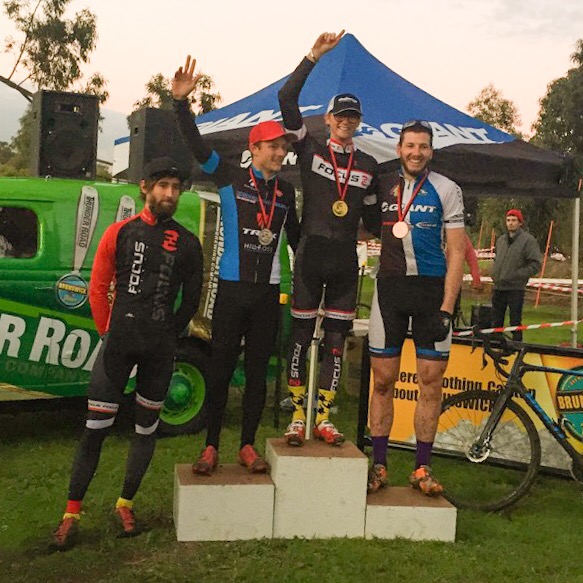 Check out my new vlog below !!!